Contact us
DE
DE
The form has been successfully submitted! Please find further information in your mailbox. 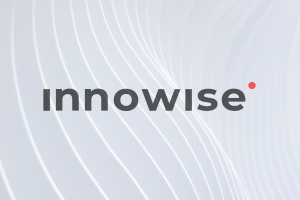 How Much Does It Cost To Create An App Like Tinder?

How much would the Tinder app development cost? Frankly speaking, that’s the thing so many people are curious about today. Nowadays Tinder is simply a top application for dates, what’s more, it actually transformed how people date. It was released in 2012 and up to now over billions of matches have been made (the users are aged 18-30).

So, it’s absolutely obvious that there’s a significant increase of those eager to benefit from the success of Tinder. Consequently, a lot more business people wonder how much does the Tinder app cost.

A couple of words about Tinder itself

First of all, Tinder’s a free of charge app for dating which has versions for both Android and iOS. Its main feature is geographical proximity thus it’s very easy not only to look for a partner and find him or her but also to catch up with them (doesn’t really matter if the aim is to go out just a couple of times together or to find a lifetime partner).

Of course, you might also wonder what exactly makes Tinder or any Tinder-like app so popular. First of all, it has easy functionality. You just go through your potential matches and swipe either right for “Like” or left for “No”. Tinder also supports integration with Instagram, that means that the users have the opportunity to check Instagram profiles of the people you liked. Customers can look through mutual friends, their matches’ preferences and hobbies too, as Tinder allows them to log in using the account on Facebook.

– As we mentioned, registration and login with Facebook accounts.
– It uses data from Facebook to create an account and also gather the matching data.
– There are also discovery settings which allow the users to look for the partners of the necessary age, sex and who are located in a defined area.
– The user is provided with a number of “matches”, and using “Like” and “No” functions chooses a partner.
– Everything is tied up onto Geo-location.
– As soon as there’s a match, the two users can start their communication in a private chat.
– When you have a match or someone liked you or texted you, the app notifies you about them with the help of push notifications.
– Tinder Plus and Tinder Gold offer a couple of additional features (we’ll talk about them later).

In case you’d like to build something much better than Tinder, you might want to think about additional features.

Let’s talk about features of a Tinder-like App

So, the basic features are listed below:

There are 2 ways of adding general information to a profile: as mentioned before, Tinder can generate the profile according to your Facebook account or the user have to add the information by hand. After that, a short story and user’s photos can be added. The information available to the user is:
– Age
– Brief description
– Geographical proximity
– Common friends on Facebook
– Common interests

Another crucial point is how close the users are to each other. The original concept of Tinder was to link users according to their present location. The vital feature for the app is geolocation, so the app has the user’s location all the time.

The users can tailor search settings, they can choose how old their partner should be, should it be a man or a woman and how close the potential partner should be. If we take the free version, 10 miles is the distance available for the search.

That is Tinder’s UVP. The concept behind “swipe” was to not only to improve partner searching processes but also to make them more engaging.

If 2 users share likes then it’s a match and once there’s a match a chat between the users is automatically created.

When there’s a match, a private chat appears and the users can text each other, exchange GIF-images, emojis and also mark the message as “like”.

As Tinder gives an opportunity to integrate their accounts on Snapchat and Instagram with a Tinder account, users feel quite free in communication and interaction inside the application.

Any Tinder-like app can’t really do without push notifications as they literally guarantee that people will habitually come back and they also provide customer engagement. If we take Tinder, the users get push notifications when they get messages or matches, or Tinder updates.

Although the market offers us a variety of free applications for dating, still there are ways to make a profit from the app. We thought of some ways that could help you get economic benefit from a dating app.

Paid subscriptions is a mostly used approach to raise money from an application. It works the following way: premium features and memberships are charged for on a regular basis chosen by the application owner (e.g. monthly, yearly payments). The best moment to choose this kind of plan is the moment when an enormous user base already exists. The following step in order to upgrade this method is to impose separate plans for certain timelines. Tinder in its turn offers Tinder Plus and Tinder Gold as paid subscription plans. Let’s assume that you unintentionally disliked a user. The Rewind function in these subscription plans offers simply to undo the last swipe. Tinder offers other extra functions for the paid subscriptions, however, the free version also has a lot of features which obviously help the users find a partner.

That’s one of the most popular ways nowadays. Freemium offers additional premium options, e.g. users can exchange custom emojis and GIF-images while texting. A question might occur, what’s the difference from paid subscriptions then? Here’s the answer: subscriptions are temporary and they expire within some time period while freemium allows the users to purchase some special features forever.

Several dating apps suggest users to purchase bouquets, sweets, and greeting cards. Such offers tend to bring extra benefits on some occasions like St. Valentine’s Day or International Women’s Day. Some app owners also suggest 3rd party services, for example, you can book a table at the restaurant or get a taxi. So, these options give the user an opportunity to create a perfect date straight in this app, meanwhile, this also allows the apps to make extra money.

A Tinder-like app Design Might Cost a Pretty Penny

The major aspects people love about Tinder are that it’s a top-notch app plus it has a simple design. Of course, the customer doesn’t find it amusing when they can’t understand how the app works and not that many customers will be willing to devote much effort to studying the interface. Mostly, they want it to feel natural, familiar, they expect the app to be simple. Taking all this into consideration, we can say that Tinder is in fact a nice illustration of the app which is really easy-to-use. All the options, buttons are perfectly placed and the minute you start using the app, you notice that design and interface are well-considered. The result is pretty clear: the number of users exceeds 50 million. So if your aim is to get a similar result, you need to take into account the UI/UX design really carefully and please note that it’s a major part while estimating the costs.

Now, the most exciting part, we’ll talk about the sum one might need to create a Tinder-like app. Beforehand, I also wanted to draw your attention to the technology stack behind Tinder, so the technologies are Python, JavaScript, and HTML5.

As we’ll cover some commercial information, I can’t but mention that the budget for such an app is going to be a heavy one. The functionality of a Tinder-clone needs to have relatively complex architecture plus long-term development. If we take just the basic version for one native platform, it might take up around 1000 hours.

These are rough numbers of the most significant cost aspects:

1) App development for either iOS or Android – approximately 1000 hours (and obviously it’ll take twice as much time to build the app for the 2 platforms);
2) Backend – more than 200 hours;
3) Design – about 100 hours;
4) Project Management/Quality Assurance – up to 100 hours.

So roughly the total number is about 1400 hours.

Talking about the development team needed, the members should be:

So, again, the numbers we provide are rough and they can change according to your requirements. In a nutshell, the budget should be:

We created a Tinder-like application for one of our Scandinavian Customers, so in case you want to create your own Tinder you can always contact us. 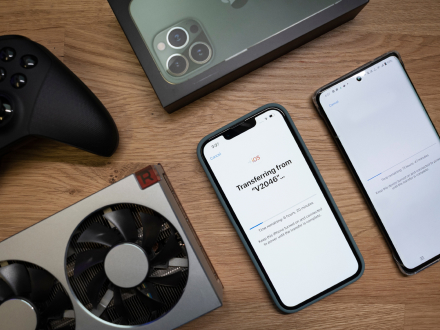 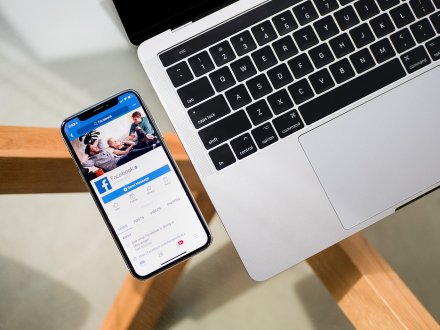 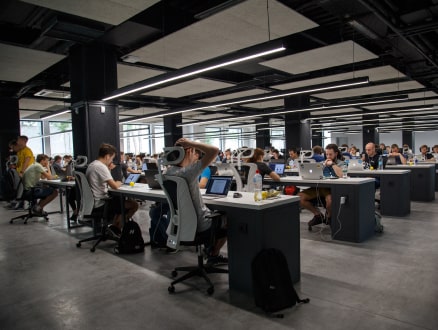 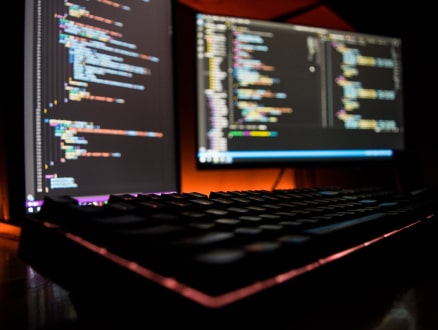 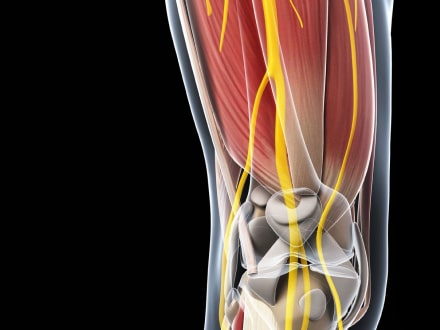 How We Transform Medicine With VOKA
Blog 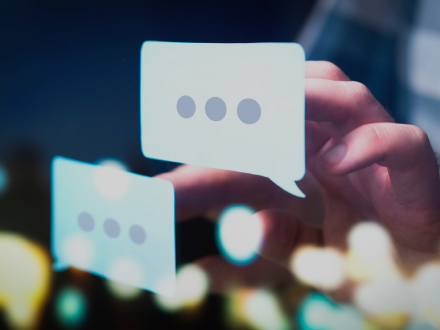 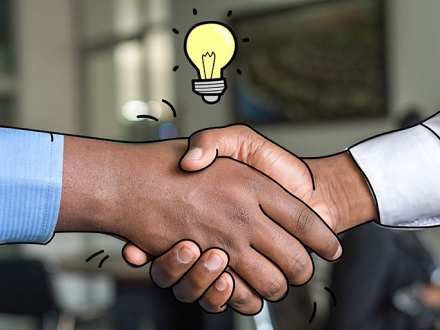 The Pros and Cons of IT Outsourcing and Offshoring Services
Blog 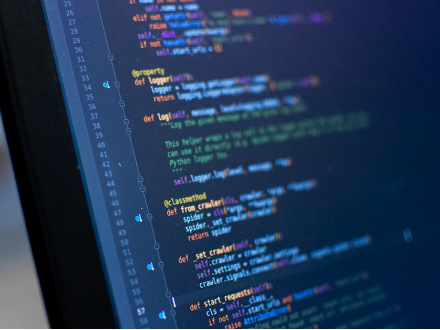 Benefits and Drawbacks of Java

Brought us a challenge?

Having received and processed your request, we will get back to you shortly to detail your project needs and sign an NDA to ensure the confidentiality of information.

After examining requirements, our analysts and developers devise a project proposal with the scope of works, team size, time, and cost estimates.

We arrange a meeting with you to discuss the offer and come to an agreement.

We sign a contract and start working on your project as quickly as possible.

Be the first to know about IT innovations and interesting case studies.
By signing up you agree to our Terms of Use and Privacy Policy, including the use of cookies and transfer of your personal information.

Your message has been sent.
We’ll process your request and contact you back as soon as possible.